How does it work?

Everything starts with an idea. Create an initiative to tell others what you want to do. An initiative is an idea or proposal that comes with a rationale.

After looking at the different initiatives, support the ones you like. This way you show the author (or initiator) how popular his initiative is.

Participants can also suggest improvements to initiatives while indicating how important they are—whether they “should” or “must” be adopted.

Initiators can decide whether or not to include other participants' suggestions in the initiative. Based on these suggestions, LiquidFeedback provides the initiator with quantified feedback on how to gain more support.

If you disagree with an initiative, you can propose an alternative or a counter-proposal. You can also wait until voting begins to reject the initiative.

LiquidFeedback provides a preference voting system that allows users to not only vote yes or no, but also to indicate preferences such as favorites and second choices.

You can delegate your voice to a trusted person, even on a topic-by-topic basis.

As long as you don't participate in the discussion or vote on a particular issue yourself, your representative can act on your behalf.

This is an easy way to empower each other and ensure that you don't have to deal with every single issue.

Learn more about the key features of the software below: 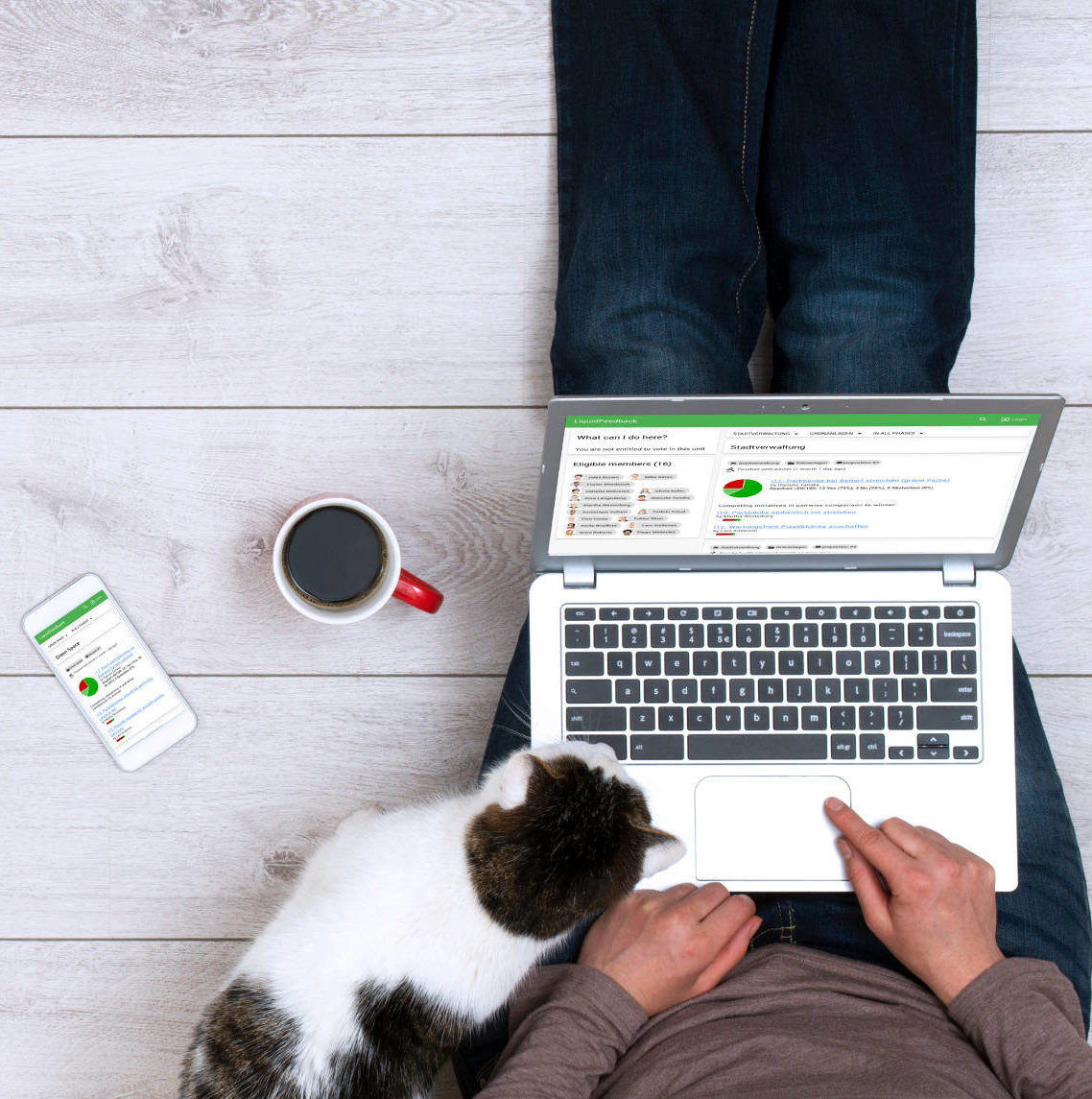 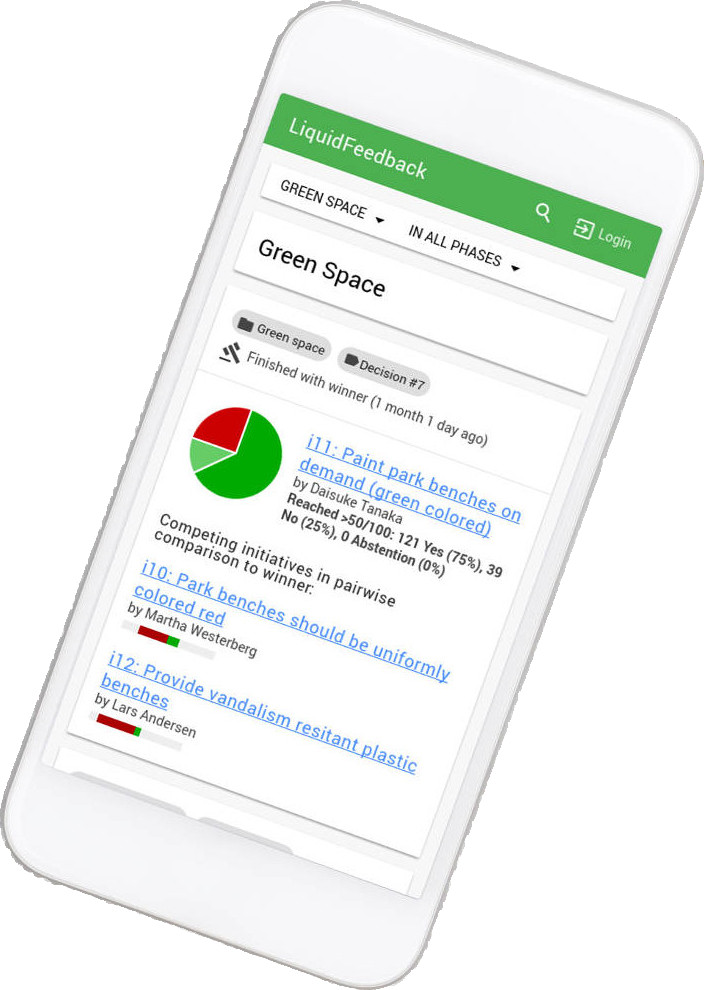